Dave called me initially to ask if I thought Hypnotherapy might help him with a persistent cough he had been suffering for over 4 years.  He had stopped smoking using Hypnotherapy about 35 years ago and had found it very successful.  I agreed to see him and the following week he attended for a consultation rather than talk on the phone.

Dave explained that he had been in hospital with Pneumonia about four and a half years ago and after he returned home the coughing started.  While it would be easy to conclude that it was a psychological cause we spoke at length about his coughing episodes.  I also wanted to ascertain if he had undergone any medical investigations to rule out a physical cause.  He assured me that he had “every test they could think” of, including a Bronchoscopy.   His GP was very sympathetic but had reached a point where he felt it could be of psychological origin.

I suggested that BWRT might be worth trying as although there had been no specific work done on this issue I felt that if the cause was psychological then it had a good chance of a resolution.

I explained in brief terms how the brain may have created unconscious patterns as a result of an experience which then triggered the cough reflex.  He was very enthusiastic and said that he had every faith in me to do my best for him.

An appointment was made and with his permission I wrote to his GP outlining my plans to do a BWRT session with his patient.

A Persistent cough and BWRT session

Dave arrived and after explaining the BWRT process we began working.  He immediately recalled several severe coughing episodes, one where he had been on holiday out in an area where there was no help nearby.  This was a very strong and emotive memory during which he had coughed for 20 mins and was in a state of panic as there was no help to be had nearby.  We worked directly on it for the first part of the session.  His assessment of the feelings went down from 10 (worst case) to 2 after our first application of BWRT.

This was very encouraging and he said when he thought about the same scene again he now felt virtually no emotion at all, and he also felt a bit “strange”.  I was pretty sure that we had made a breakthrough, however we continued to explore other aspects surrounding the cough e.g. what did he fear might happen if he continued to cough etc.  We did several more rounds of BWRT on other coughing “events” and he was smiling and remarked that “We might have just cracked this”.

We had a final chat about life in general and he revealed that he was due to go on holiday but would let me know on return if it the cough had gone (or not).

Several weeks later Dave called to see me and reported that he was now cough free and had ceased his Codeine based syrup that he had been taking daily for the problem.  He had returned home after the session, ate his evening meal, gave a single cough and then sat down to watch TV.  Several hours later he was reading a book and his wife asked him how he was, to which he replied “Why are you asking” and she then informed him that he had not coughed again since they had finished their meal.

Dave thanked me and emailed me the following testimonial with his kind permission to use it anywhere I choose:

” I have had this annoying cough since getting pneumonia four and a half years ago, the doctors and surgeons at the hospital have said there is nothing else they can do to help it.  I would cough for no apparent reason during the day, so my wife suggested I try hypnotherapy as a last resort.

I made an appointment to see Alan Artt, who then checked with my GP. who said go for it you have nothing to loose.

After going to see Alan he suggested instead a new treatment called BWRT.  After one session , I found that the nuisance cough had completely disappeared, this was just four weeks ago, and I am still nuisance cough free. But I am still able to clear my throat and lungs which you must be able to do”.

Many Thanks,
Dave,  Amesbury.

This was an unusual case and use of BWRT which from the outset was regarded as a “long shot” by both the client and myself.  To say that it was a good result is an understatement and the client, who has suffered for 4 years was now able to enjoy life again without the irritation of the persistent cough.

Once again it was evident from his story that the unconscious patterns in the mind that had been triggering the cough had been modified and now as far as part of his unconscious mind was concerned that cough had never existed.  Consciously he of course only realised when his wife had pointed it out to him.

It was particularly satisfying for me as a BWRT therapist to once again find that a problem that was psychological but with a physiological component had been solved by this ever-developing therapy that is still relatively “new” in the therapy world.

What was important of course was that Dave had undergone physical examinations prior to our work together.  As a complementary/alternative therapist it is critical to the wellbeing of the client that any physical cause for their condition or issue is ruled out before embarking on treatment.  As an example, chronic pain can often be addressed by hypnotherapy to manage the intensity, but before doing so one should eliminate any physical cause.

I look forward to reading any comments you may have on this interesting case.  If you have issues that are affecting your life, whether recent or life-long why not take that first step today and contact me for a FREE consultation?

BWRT – a 21st Century ground breaking therapy, highly effective in resolving many of life’s problems and issues.
Alan has been a practising therapist since 2006 and is a director of JustLetGo Therapies. He sees clients from Salisbury, Amesbury and many other parts of Wiltshire & Hampshire.  Alan offers a free confidential consultation to prospective clients. If you are looking for the life you really deserve why not call him today and start that journey to the new you! 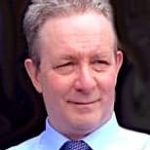 Teeth and Jaw clenching resolved in an hour!

You can find out more about which cookies we are using or switch them off in settings.

This website uses cookies so that we can provide you with the best user experience possible. Cookie information is stored in your browser and performs functions such as recognising you when you return to our website and helping our team to understand which sections of the website you find most interesting and useful.

Strictly Necessary Cookie should be enabled at all times so that we can save your preferences for cookie settings.

If you disable this cookie, we will not be able to save your preferences. This means that every time you visit this website you will need to enable or disable cookies again.